Who we Are And why You Should Train Here

Amerikick Martial Arts has been operating since 1996 and it is the areas top training center offering kids karate classes, adult martial arts and fitness kickboxing to Evesham, Marlton, Cherry Hill, Moorestown and Mount Laurel. We are excited to meet you and have your family as part of our team. Whether you are looking to get in shape, learn practical self defense, watch your child’s confidence sky rocket or looking for a killer workout, Amerikick in Mount Laurel, NJ is the school for you!

We have programs and classes for ages 3 to 73 and all ability levels. Our programs are age specific and our instructors are trained and certified to teach and motivate your child to their best. At Amerikick your child will improve their FOCUS, CONFIDENCE AND DISCIPLINE! They will learn about RESPECT and how to be a great human being. And ofcourse they will learn awesome self defense techniques and get in great shape!

Since Amerikick was founded in 1967, the organization has grown to over 30 locations in PA, NJ, RI, NY, FL, WI and KS! Our mission has been and will always be combining great teaching with great martial arts/ fitness.

Whether you live in Marlton, Mt. Laurel, Voorhees, Cherry Hill or Moorestown, we would love to have you test drive our programs!

Get To Know Our World Class Instructors 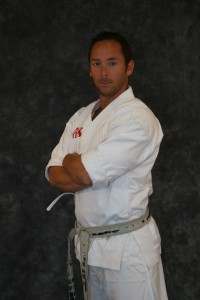 Mark began his martial arts training in Tang Soo Do at age 10 under Tong In Chang. Five years later he added Tracy Kenpo to his training under Master Dennis Tosten at the famous American Karate Studios in Northeast Philadelphia. Mark became an assistant instructor at the Cottman Ave school and then the manager of the Willowgrove location. In 1991 he opened his own Amerikick Franchise location in Juniata Park. Five years later Mark moved to New Jersey and opened the Amerikick Marlton New Jersey location. Mark, along with his partner Mike Recinto, opened Amerikick Medford New Jersey and Amerikick Northeast Philadelphia.

Mark is a former top rated competitor in forms, weapons and sparring. He holds numerous national titles and 5 NBL world titles in sport karate. He was coach of the year in 1999 and 2000 with Team Smash International, one of the best karate teams in the National Black Belt League. He then joined his team with Bob Leikers Team to form Team IDC boasting some the best sport karate competitors in the world. Team IDC became team of the year. Team IDC eventually became the current Amerikick World Competition Team.

Mark is a tournament promoter having promoted the Amerikick Internationals since 1995. It was the largest tournament in the NBL until 2003 when it joined the World Sport Karate Federation and then eventually NASKA. The tournament is one of the largest on the East Coast and is currently a World Rated event on the NASKA circuit. He co-promotes with Bob Leiker. Mark is also a member of the NASKA board of directors and a top rated judge and referee.

Mark is a former stuntman and member of SAG. He worked on many feature films including “12 Monkeys”, “I.Q.” and “The Power Within”. Mark has also produced and directed several short films and documentaries.

Mark is married to his beautiful wife Leighann and father to his two children Annabella and Luca. He is currently the Executive Vice President of the Amerikick Martial Arts Association and the regional director of the South Jersey Amerikick Schools. He is the co-founder of Amerikick Source a full service martial arts consulting firm. He has graduated over 100 students to black belt with his highest students including Justin Smith, Mike Recinto, Chris Millares, Nick Perdunn and Mark Gallagher. Mark has trained numerous students who have attained national and world champion levels including: Chris Millares, Nick Perdunn, Justin Smith, Kevin Schlueter, MaryKate Cochran, Kevin Cannon, Andrew Ford, Amanda Chen, Anthony DiFilippo.

Anthony began his training at Amerikick Delran under Master Justin Smith and Nick Perdunn. He became a member of the famous Delran Demo Team and then began his competition career with Team IDC and AmeriKick World Competition Team coached by Mark Russo and Bob Leiker. He joined the Amerikick Marlton New Jersey teaching staff in 2006 and has since become the Head Instructor.

Anthony is also AmeriKick’s leading Graphic Artist, many of the AK T-Shirt Designs and Graphics are done by him. Anthony’s talents also include Photography, Hiking, Traveling, Graphic Design and going to Walt Disney World. 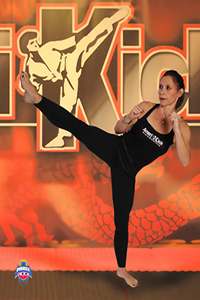 Miss Nicole has 10 years experience in teaching and is recognized as one of the top fitness trainers in South Jersey and AmeriKick. Her rockstar fitness kickboxing classes draw members from Marlton, Cherry hill, Mt. Laurel and Voorhees. Quite simply, you haven’t experienced an amazing class until you have jumped into one of Nicole’s workouts. In addition, she also offers personal training!!! Since beginning her Fitness Kickboxing instruction here Nicole has started a program called AmeriKick SHRED which is a weight loss shred class that goes for weeks at a time.

Nicole Ewan is the Amerikick Marlton, New Jersey School Manager and Director of the Fitness Programs here at AmeriKick Marlton.

We are very lucky to have her as part of our AmeriKick Marlton staff!